Press enter to begin your search

In February 2018, the Company executed a Binding Term Sheet to acquire 100% of the issued capital of GNR Minerals Pty Ltd (“GNR”). GNR is a privately-owned Australian mineral exploration company.

The acquisition positions ARX strategically in the past producing Manitou Lake area in the Western Wabigoon geological sub-province of Ontario, Canada. The Project is a large contiguous land package along strike from the historic Gold Rock gold mining district and covers a portion of and is also adjacent to the major first order fault system that hosts most major gold deposits that are currently producing or under development in the Western Wabigoon.

GNR’s current land position has not been assembled at this scale in the past and the Company believes that this large, well-positioned land package greatly increases GNR’s chance of an economic mineral discovery through the application of systematic and modern exploration techniques.

The Manitou Project is located approximately 60km South of Dryden, Ontario on an all-weather paved highway; with a total area of 245km2.

The Project is strategically located in a geologically favourable Archean sub-province that currently contains multiple orebodies containing greater than 1.0 million ounces of gold. Locally the Project straddles a major first order fault system that is host to local historic past producing mines still containing historic non-JORC compliant gold estimates {Ontario Ministry of Northern Development and Mines). The first order fault system host to these local gold prospects is also interpreted to be part of the same fault system host to:

The geology of the Project is representative of the typical Archean lode-gold style of mineralization found in most greenstone belts worldwide consisting of mafic to intermediate meta-volcanic units locally intercalated with minor meta-sediments and intruded with local plugs and stocks of mafic to felsic composition. The meta-volcanic and meta-sedimentary units are generally folded and sheared by the first order Manitou-Straits fault system with the later felsic and mafic intrusive units generally remaining un-deformed due to timing and only generally display a weak fabric due to regional deformation events. Mineralization varies locally but is typical of Archean lode-gold mineralization either as quartz-carbonate vein systems in or adjacent to faults/shears or broad disseminations in faults or shears indicative of widespread fluid flow, alteration and mineralization. Due to the large size of the land package there is also potential for discovery of other commodities typically found in greenstone belts.

Proposed exploration on the Project program would include a comprehensive digital compilation, airborne geophysics followed by mapping, sampling and prospecting. Line cutting and ground geophysics (magnetics, I.P. and possibly electromagnetics) would follow after target evaluation and selection then followed by diamond drilling. Mineralisation and anomalism extends well over 30km of strike length along the Manitou-Straits Fault Zone that falls within GNR mineral claims. 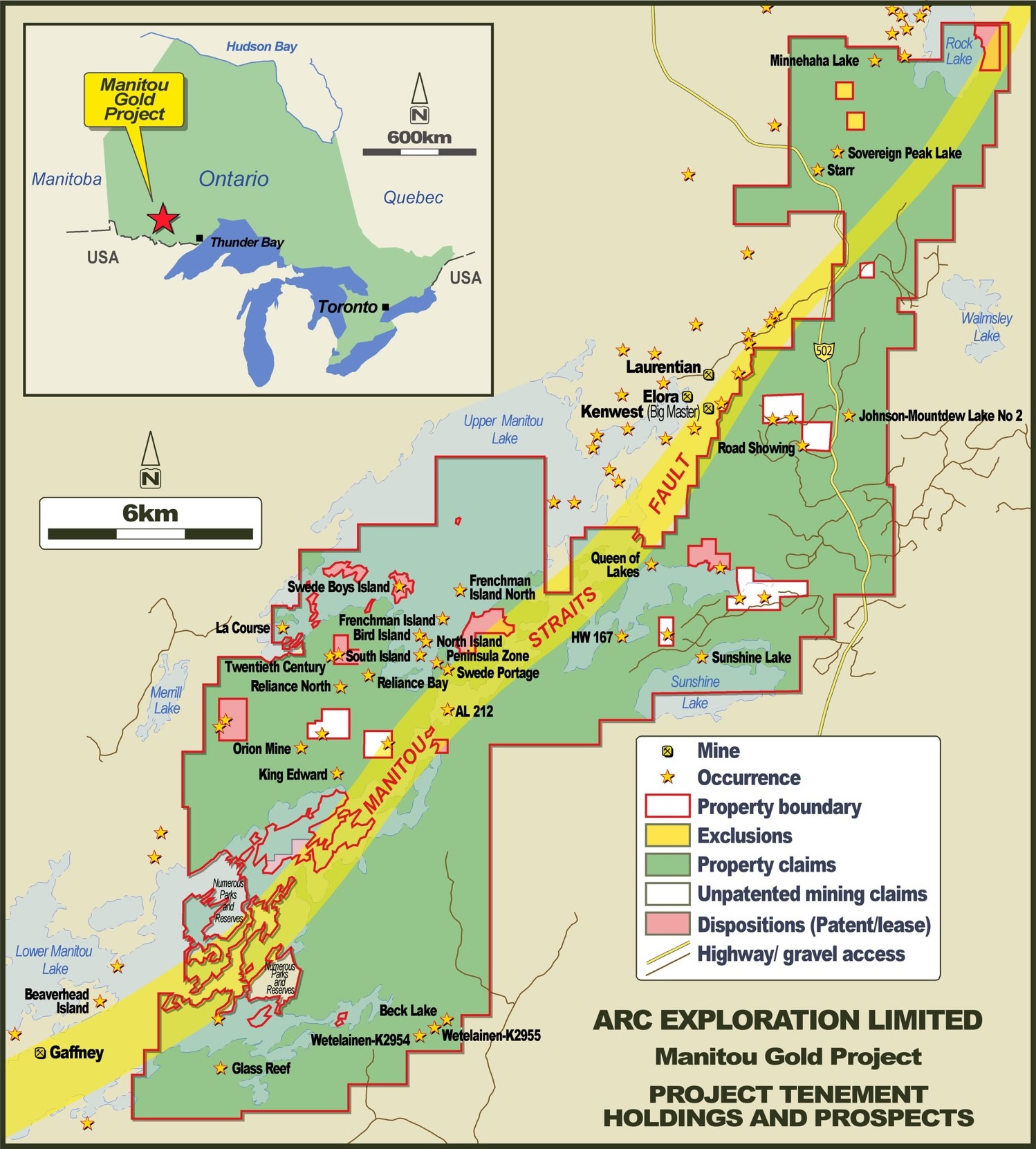 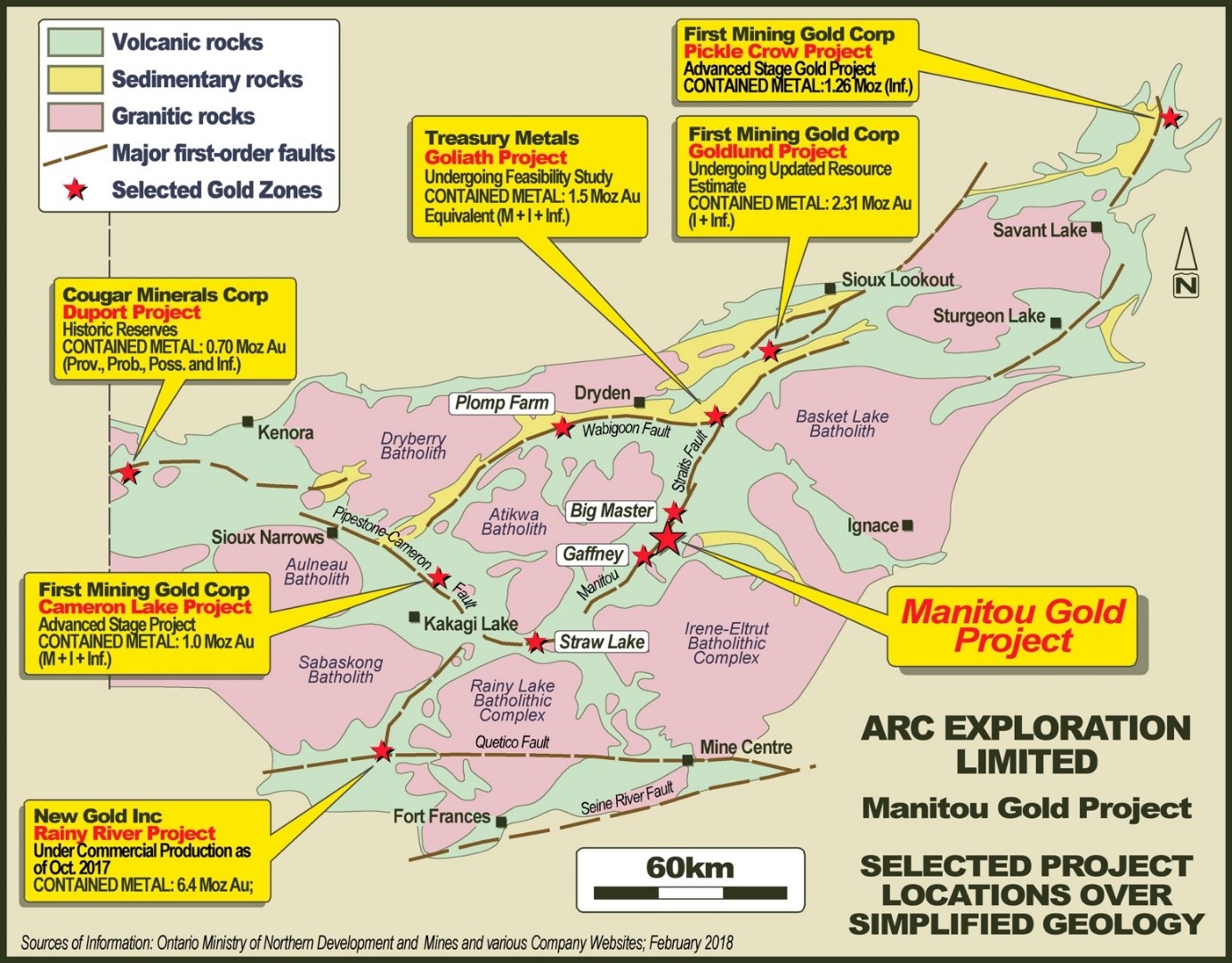